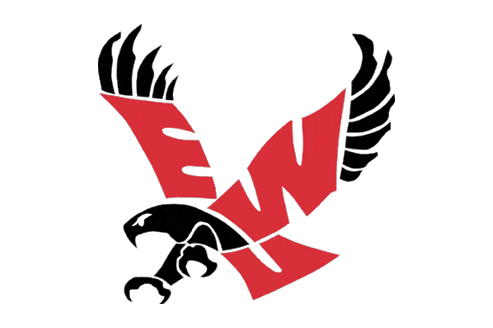 “The 2010 FCS national champions remain one of the most potent teams in the Big Sky and the nation after reaching the FCS semifinals in 2012. Vernon Adams will be the full-time quarterback after Kyle Padron went to the NFL. Wide receiver Brandon Kaufman’s exceptional career is over as well. But the Eagles have plenty returning, including cornerback T.J. Lee and linebacker Ronnie Hamlin. UCLA transfer safety Tevin McDonald, should step into a starring role.”

So where does Eastern Washington fit into the Big Sky Conference race? You can find out in the College Football America 2013 Yearbook Encyclopedia, now on sale at lulu.com. 919 teams. 454 pages. There’s more college football out there than you can imagine, and every bit of it is in this brand-new publication. Every NCAA Division I FBS, FCS, Division II and Division III program is here along with NAIA and the jucos of the NJCAA and CCCAA (California). Not to mention club football programs, and one-year postgraduate prep academies. We even include a page of information on Mexico’s college football scene!

You can own the College Football America 2013 Yearbook Encyclopedia for just $5.99. It’s a beautiful digital PDF eBook that looks great on your kindle, your iPad or your regular computer and we recommend viewing it in Adobe Reader to enjoy the full-color capabilities! Check it out today.

Check back to find out who is next in the College Football America FCS Preseason Top 30, as we count down to the opening of the FCS season on Aug. 29.