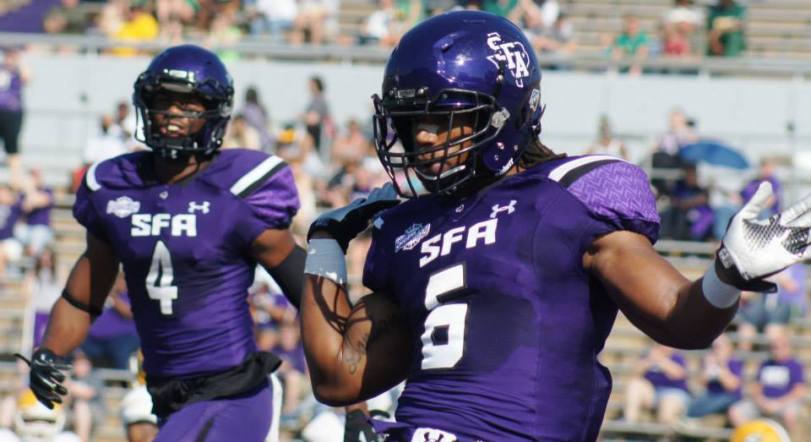 College football season is in full swing for College Football America and RoadTripSports. CFA publisher Kendall Webb, Editor-in-Chief Matthew Postins and Director of Editorial Content Chuck Cox will be on the road all season bringing you the best of the college football season. Check back here at Postins Postcards or follow along on Twitter at @PostinsPostcard or @RoadTripSports. You can also view more of our content and photo galleries on our Facebook page. And be warned: The new RoadTripSports.com is coming.

NACOGDOCHES, Texas – Stephen F. Austin notched the signature win it had been looking for, toppling reigning Southland Conference champion and eighth-ranked Southeastern Louisiana 27-17 at Homer Bryce Stadium. The victory moves the Lumberjacks to 6-2 on the year and 3-1 in SLC play, as well as into a tie for first in the SLC standings as SFA controls its own destiny heading into November.

“What a signature win for this program,” said head coach Clint Conque. “This victory tonight was a validation of a lot of hard work for our players, our coaches, everyone. To have a game of this magnitude and still be relevant heading into the final month of the season, I’m very proud of our team.”

In a battle of two of the highest scoring teams in the Southland Conference, it was the Lumberjack defense that came up big. SFA held the Lions to just 347 yards of total offense and 17 points as Southeastern Louisiana was just 3-of-13 on third downs.