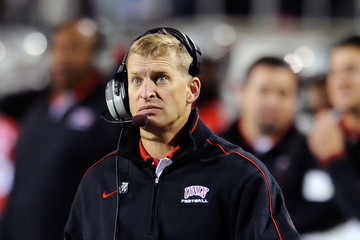 Hauck was coming off a bowl berth in 2013, but the Rebels won just two games in 2014, giving the program its fourth two-win season in five seasons. Hauck had two years remaining on an extension he signed last year and will get a $400,00 buyout.

Hauck finished his fifth year at UNLV and his 12th overall as a head coach. He ended his UNLV career with a record of 15-49. He never matched the success he put up at Montana, where he went 80-17.

UNLV’s search begins immediately. Hauck feels like he’ll be a hot offensive coordinator or position coach as new coaches fill up their staffs.