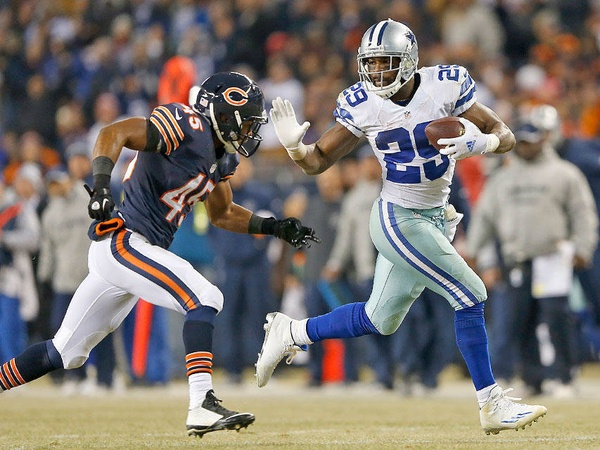 DeMarco Murray is a Cowboy no more, as he accepted a deal to play for Philadelphia. (Photo Courtesy Dallas Cowboys/Facebook)

Okay, so if we’re done burning DeMarco Murray jerseys in effigy, can we discuss this whole contract thing rationally? No? Well, I tried.

Murray is a Philadelphia Eagle now, the result of a five-year, $42 million offer that outclassed what the Dallas Cowboys were reportedly willing to part with. ESPN reported that the Cowboys were offering about $6 million a year. The Eagles offered Murray an average of $8 million a year, with half of it guaranteed. In fact, Murray will get $18 million guaranteed for what ESPN called “skill and injury.” Basically, that means he gets it no matter what.

Murray wanted big money, and he got it. Apparently he wanted it in Philadelphia too. Murray reportedly called the Eagles on Wednesday to inquire about taking over for LeSean McCoy, whom the Eagles traded to Buffalo. Who is going to say no to that?

In my latest story at CultureMap Dallas, I explain why the Cowboys made the wise decision not breaking the bank to keep Murray.

Check out CultureMap Dallas for everything from breaking news to food, drink and society. It’s all there, including a local events calendar so you can see what’s hopping this weekend.