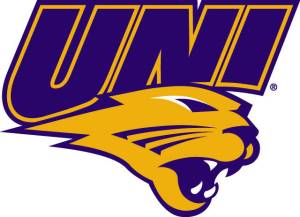 The College Football America 2015 Yearbook, the signature publication of RoadTripSports, is proud to unveil its FCS Top 30 preseason football rankings. The Northern Iowa Panthers of the Missouri Valley Football Conference are No. 11.

From the pages of College Football America:

“David Johnson is gone, and along with him, much of the Panthers’ offensive output from 2014. Johnson led the team in rushing (1,553 yards, 17 touchdowns) and receiving yards (536 with two TD’s) where he was also just one reception behind team leader Brett LeMaster (39 rec., 485 yards), who is also gone. Senior quarterback Sawyer Kollmorgen might be hard-pressed to improve last year’s numbers (111-of-213, 1,635 yards, 12 TD’s, five INT’s) without his two favorite targets.”

So where does Northern Iowa fit into the picture in the MVFC and FCS? You can find out in the College Football America 2015 Yearbook, now on sale at amazon.com. You can also grab a digital copy at CFBMatrix.com. 936 teams. 455 pages. There is more college football out there than you can imagine, and every bit of it is in this publication. Every NCAA Division I FBS, Division I FCS, Division II and Division III program is here, along with NAIA and the jucos of the NJCAA and CCCAA (California). We also include Canadian college football (CIS), club football programs, one-year postgraduate prep academies and Mexico’s college football scene.

Go to the following places to purchase the College Football America 2015 Yearbook:

Check back to find out who is next in the College Football America FCS Preseason Top 30, as we count down to the opening of the season on Aug. 29.