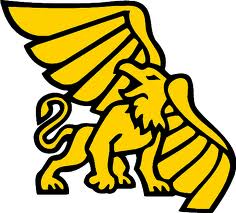 Jordan is a two-time MIAA First-Team selection. He had 37 tackles, broke up 12 passes and had four interceptions last year.