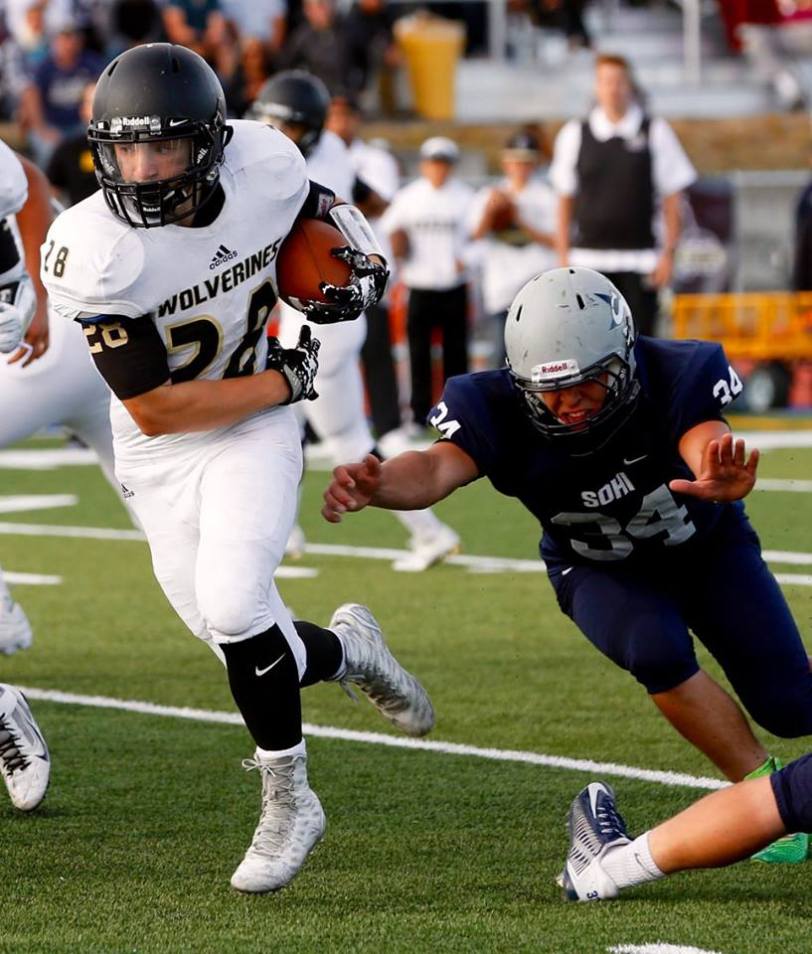 Players from Anchorage South and Soldotna square off during their game in Soldotna, Alaska, on Aug. 14, 2015. (RoadTripSports photo by Kendall Webb) 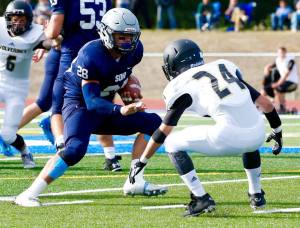 Players from Anchorage South and Soldotna square off during their game in Soldotna, Alaska, on Aug. 14, 2015. (RoadTripSports photo by Kendall Webb)

SOLDOTNA, AK – The defending medium school champions from Soldotna, Alaska, opened the 2015 season last Friday night with a big win on their own home field. But they also suffered their first big loss of the season.

The Stars defeated the defending large school champions from South High School in Anchorage by a score of 21-17 setting a new Alaska state record for most consecutive wins with 30 in a row now dating back to the 2012 season. The Stars lost to Palmer in the season opener that year, 27-7, and they haven’t lost since.

While their win over South may have temporarily answered the debate of who really is the state’s best team, they also suffered the loss of the state’s best player early in the game. Senior star running back Drew Gibbs went down with a knee injury, and it was later determined that Gibbs had torn his ACL. Gibbs actually went down twice in the first quarter and may have suffered the injury the first time, but returned only to go down again. He was well on his way to a huge game with 95 yards on just five carries which didn’t even include a 65-yard touchdown run that was wiped away by an inadvertent whistle.

Gibbs, the rare Alaska player who has drawn the attention of college recruiters, said after the game that he even holds an offer from defending NCAA Division II champion CSU-Pueblo.

His career at Soldotna, however, is over, and the Stars will look to add to their record win streak without him as they pursue a fourth straight state championship in the Medium Schools Division. Soldotna also held a share of the old streak having won 29 games in a row in a streak that dated from 2006-09. That matched an earlier streak by East (Anchorage) High School from 1985-87.