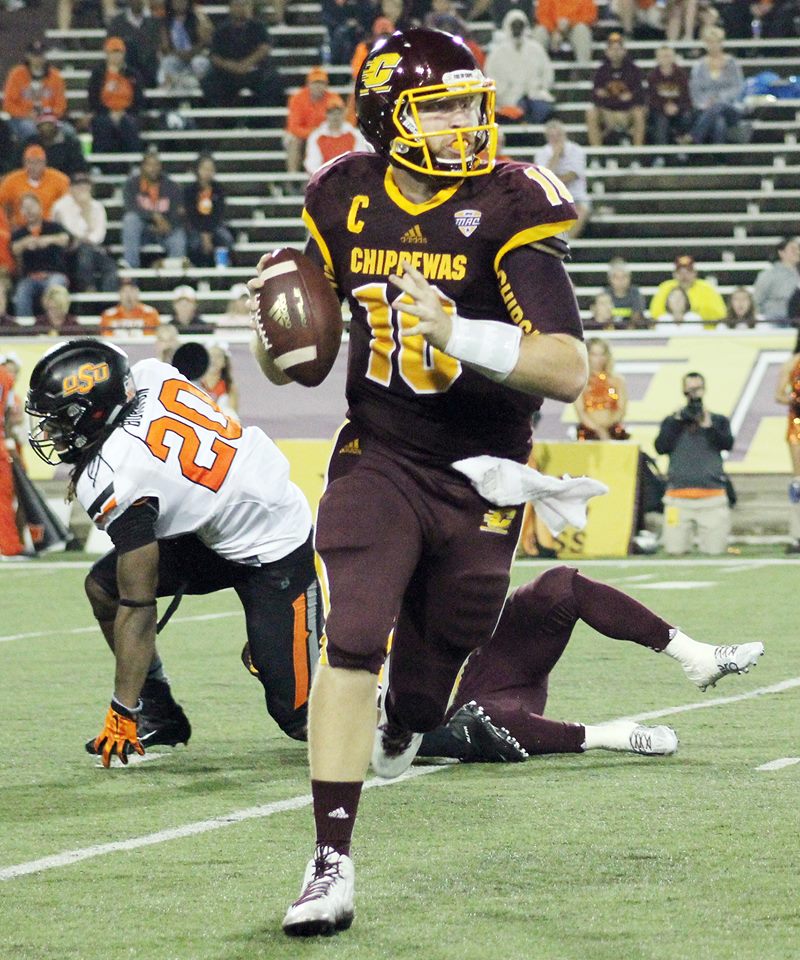 It was Bonamego’s first game as coach at Central, where he was a two-time letterwinner as a walk-on in the mid-1980s before going on to a career first as a college assistant, then 16 years as an NFL aide.

When he took over the program in February, he called it his dream job.

The Big 12 Cowboys used a no-huddle spread offense that wore down the Chippewas and took its toll in the second half. Oklahoma State led 10-6 at halftime and it finished with 419 yards in total offense, 278 of it in the final two quarters.

Central Michigan quarterback Cooper Rush turned in a solid performance, completing 28 of 41 pass attempts for 225 yards and leading the Chippewas with a career-best 51 yards rushing.