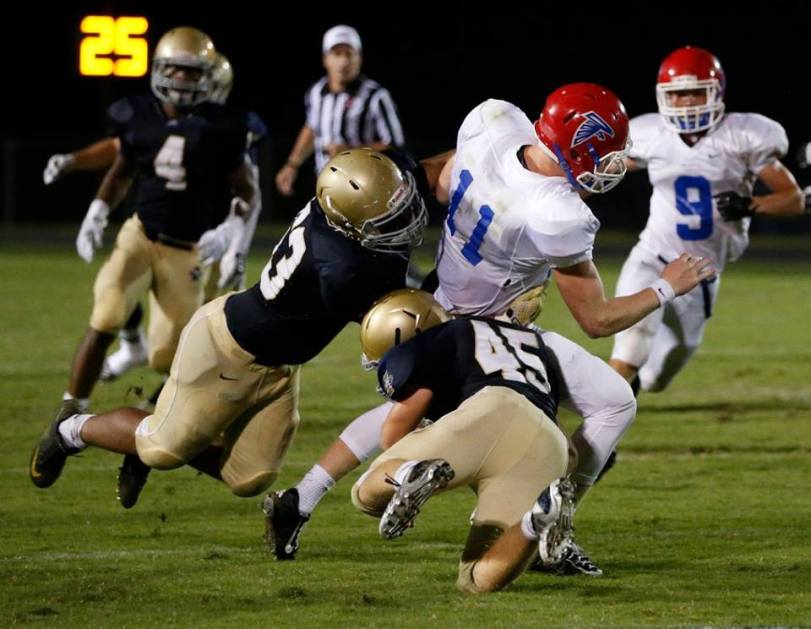 Players from Independence and Lincoln County square off on Sept. 4, 2015, in Thompson’s Station, Tenn. (RoadTripSports photo by Kendall Webb)

Tied at seven at the halfway point and again at 14-all in the third period, the Eagles would finally pull away late with backup quarterback Adam Swayze leading the way with 208 yards passing including two touchdowns in a 35-14 Independence win.

Bunch’s status is unknown for the Eagles’ game against unbeaten Smyrna (TN) this coming weekend, but it’s believed that his injury is fairly minor. In his place, Swayze proved that the Eagles have some depth at the position despite Bunch’s 3-star status as a prospect. Swayze even connected on two big scoring plays with wide receiver Nate Johnson, another 3-star prospect committed to Purdue, for two touchdowns covering 88 and 89 yards, respectively.