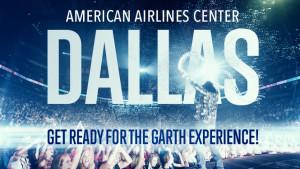 On Behalf of Timothy O’Ferrall Recovery

If you’re ever making a list of the best live music acts that doesn’t include Garth Brooks, go ahead and hit delete.

Seventeen years after his last live show in Dallas, the cowpoke with a guitar from Yukon, Oklahoma, returned to his second home to open a seven-show run and the second leg of his world tour on Thursday night at a jam-packed American Airlines Center.

Brooks, along with his wife, Trisha Yearwood, will also play the AAC twice on Friday night, twice on Saturday night and once each on Sunday and Tuesday nights. All of the shows are sold out.

The fans were clearly deliriously happy to get the opportunity to see one of the all-time greats live after such a long hiatus.