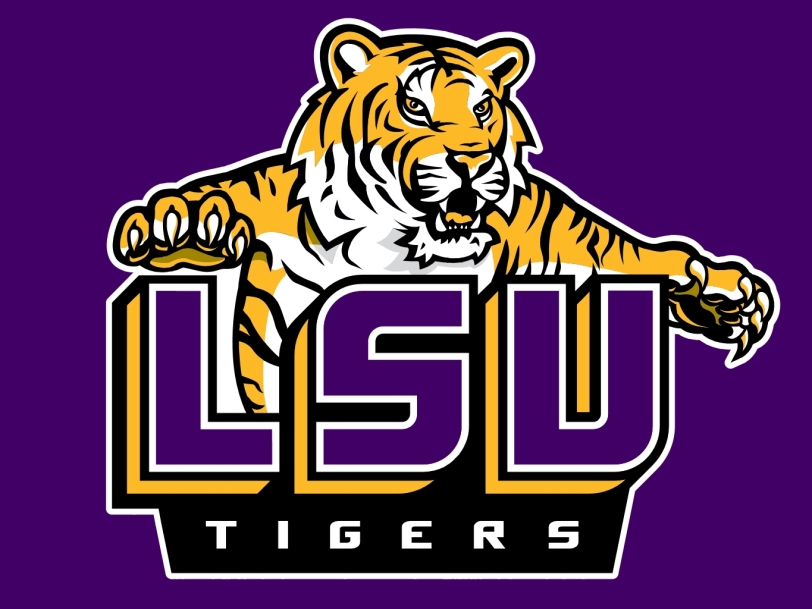 DALLAS (FWAA) – LSU running back Leonard Fournette broke a school record, averaging 12.0 yards per carry and tied a career-high with three touchdowns, in the Tigers’ emphatic 45-21 win over Auburn. Fournette’s 228-yard rushing effort earned him the AutoNation FWAA Offensive Player of the Week honor for games of the weekend of Sept. 19.

Fournette, a 6-1, 230-pound sophomore from New Orleans, broke loose on the game’s first play for 71 yards, a career-long rush to the Auburn 4-yard line that set up LSU’s first touchdown. Included in his 19 carries were touchdown runs of 40, 29 and 1 yard, and the 228-yard effort is the seventh-best single-game mark in school history.

“I was just feeding off of the crowd, the loud noises,” Fournette said. “Coach Frank (Wilson) told me to get in that zone. The O-line said they were counting on me, so I put the team on my back.”

“I’ll tell you one thing, Leonard sure likes playing,” LSU head coach Les Miles said. “He did some things today where I said, ‘Wow.’ He took one of their tackles and threw him into another tackle and still came out in the other end. When you have a big back who can really move his feet, at times it can be very difficult to tackle him.”

Once his third touchdown gave LSU a 38-7 lead late in the third quarter, Fournette sat for most of the remainder of the game. Nonetheless, Fournette’s big game now ranks him No. 1 in the FBS, averaging 193.5 rushing yards per game. His two-game total of 387 rushing yards (after gaining 159 against Mississippi State last week) is the most for any player in LSU history through the first two games of a season.

The FWAA National Defensive Player of the Week and National Team of the Week, both sponsored by AutoNation for the first time this year, have been determined collectively by a group of FWAA officers and the FWAA All-America Committee for several years. The AutoNation FWAA Offensive Player of the Week has been added this season. Nominations are taken from game performance all over the country each week and then those nominations are reviewed by the FWAA, which determines the actual recipients. 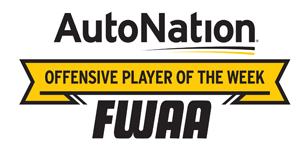