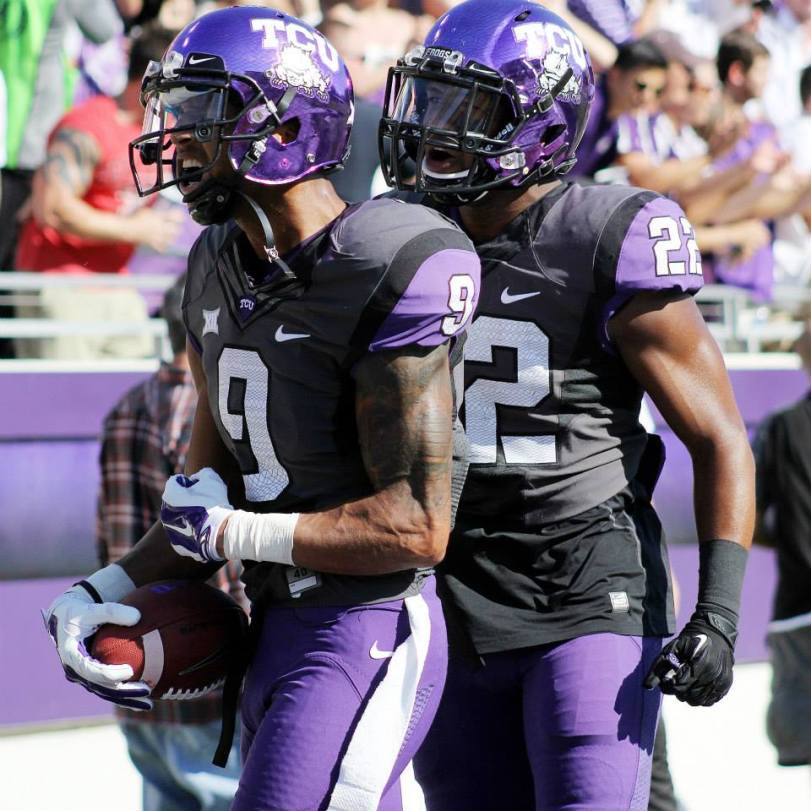 As a member of the panel that will select the 2015 Earl Campbell Tyler Rose Award winner, each week I’ll publish the release awarding the Player of the Week award. The release is below. Check back here each week to find out who will win the honor en route to selection of the 2015 Earl Campbell Tyler Rose Award winner later this year. The College Football America 2015 Yearbook Encyclopedia featured some of these players earlier this football season. The book is available on CFBMatrix.com for just $9.99. Get a copy today. It’s the most comprehensive College Football book of its kind.

TYLER, Texas – TCU wide receiver Josh Doctson has been named the Earl Campbell Tyler Rose Award National Player of the Week for the fourth week of the college football season.

The Big 12 Offensive Player of the Week tied the TCU and Big 12 single-game records with 18 receptions for 267 yards and three touchdowns in the Horned Frogs’ 55-52 win at Texas Tech.   The 18 catches are the most by an FBS player this season and only three others have achieved the feat since 2013.  It tied the Big 12 mark set in 1996 and the TCU record set in 1990.  The 267 receiving yards broke the TCU single-game mark of 226 set in 2008.  Doctson’s three touchdown catches give him 21 in his career to rank second on the Horned Frogs’ all-time list behind only Josh Boyce with 22.  Doctson was also honored as Walter Camp National Player of the Week.

Doctson is a graduate of Legacy High School in Mansfield, Texas.

The Earl Campbell Tyler Rose Award, announced in 2012 by the Tyler Chamber and SPORTyler, recognizes the top offensive player in Division 1 football who also exhibits the enduring characteristics that define Earl Campbell: integrity, performance, teamwork, sportsmanship, drive, community, and tenacity; specifically tenacity to persist and determination to overcome adversity and injury in pursuit of reaching goals.

In addition, the nominee must meet one or more of the following criteria: born in Texas and/or graduated from a Texas High School and/or played at a Texas-based junior college or four year D1 Texas college.