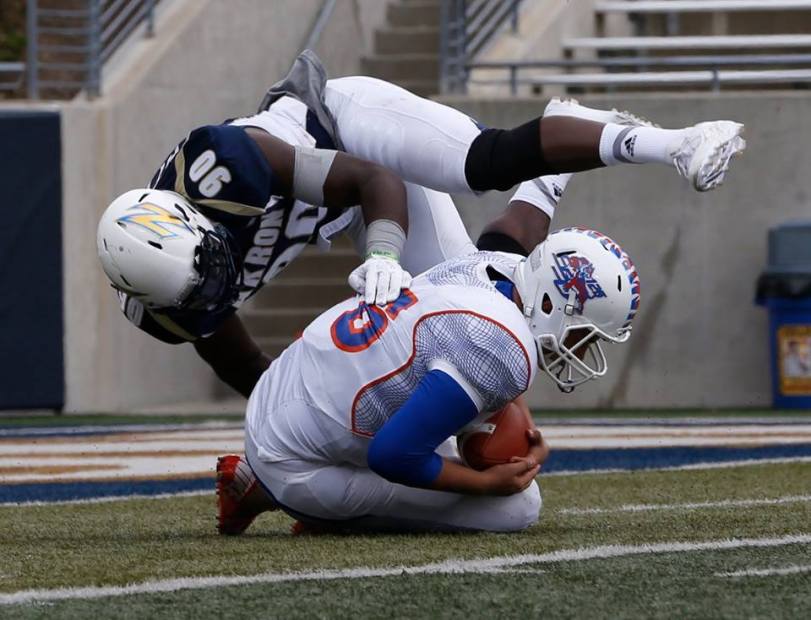 AKRON, Ohio – It took the Akron Zips most of the first half to figure out an effective game plan against the Savannah State Tigers.

Once they did, they were nearly unstoppable in a 52-9 win over the FCS Tigers.

Ironically, it was a big play by the visitors from Georgia that seem to spark the Zips. Leading 7-3, the Zips lined up for an apparent chipshot field goal only to watch as the Tigers blocked it and then got an 81-yard touchdown return on the play from Juwuan Tolbert to take a 9-7 lead. The 2-point try failed, but suddenly it was Savannah State in charge.

Akron, however, seemed to focus better on offense after the field goal mishap, and it coincided with a change at quarterback. Zips head coach Terry Bowden inserted Thomas Woodson into the game for the struggling Tra’Von Chapman, and suddenly, the Akron offense was in high gear.