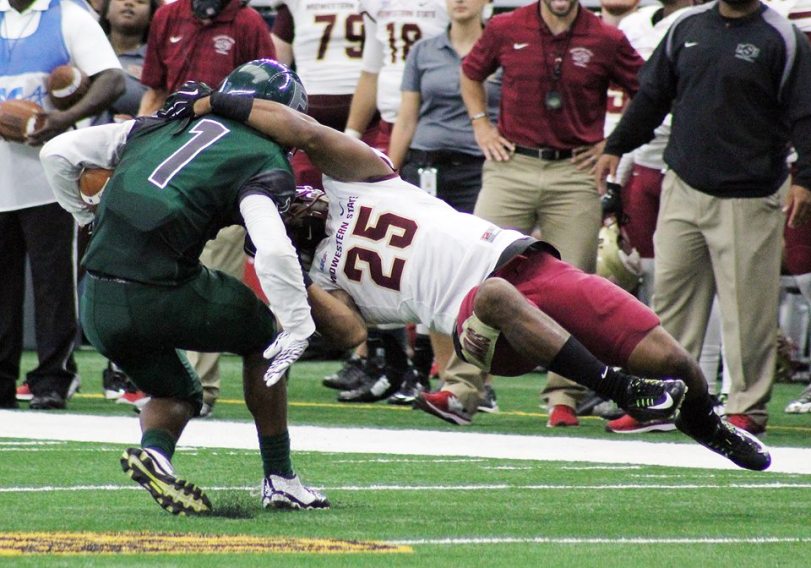 The junior quarterback scampered in from 2 yards out with 21 seconds remaining to lift the Mustangs to a 28-24 win over Eastern New Mexico in the Lone Star Football Festival.

“We had our struggles early in the game,” Coward said. “To have a drive come together at the last minute is what you dream of. It was even more special being in front of what was like a home crowd.”

Playing just 45 miles away from his home town of Cleburne, Coward came on in relief of starter Hagen Hutchinson to complete 12-of-29 passes for 132 yards and run for 43 yards on nine carries including the game winning score.