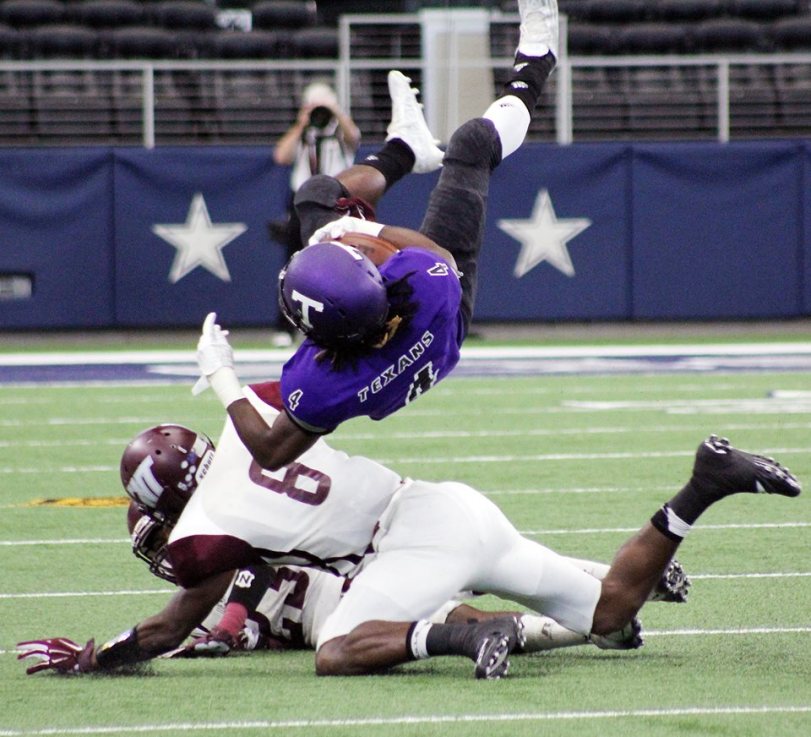 ARLINGTON, Texas – Coming to AT&T Stadium has been good to the West Texas A&M football team as it improved to 5-0 all-time here with a thrilling, back-and-forth, 52-38 victory over Tarleton State Saturday afternoon.

With the win, the Buffs improved to 2-1 on the year and 1-0 in Lone Star Conference play while Tarleton State fell to 0-2 and 0-1 in league play.

Behind a career-high 236 yards on the ground from reigning Lone Star Conference Offensive Player of the Week, senior Geremy Alridge-Mitchell, the Buffs ended a two-game skid against Tarleton State and gave WTA&M head coach Mike Nesbitt his first win against the Texans at the helm of the Buffs.