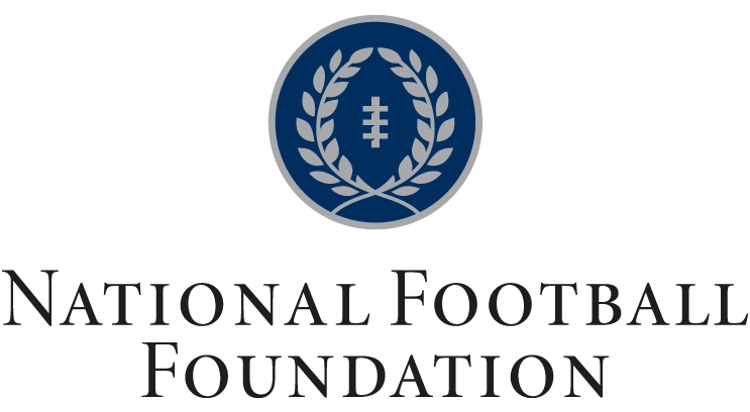 Stanford completed its first sweep of USC and UCLA in a season since 1957 in front of a L.A. Coliseum crowd of 83,518, the largest to see UCLA play any foe other than USC since 1947. Following a fumble recovery by defensive lineman Craig Campbell at the Cardinal 15-yard line, UCLA took a 7-6 lead in the third quarter when tailback Marv Kendricks ran for a touchdown. Prevented from throwing a touchdown pass for the first time in his Stanford career, College Football Hall of Fame quarterback Jim Plunkett still managed to be the hero with a 42-yard strike to Randy Vataha on third down that led to kicker Steve Horowitz’s game-winning 30-yard field goal. Stanford’s defense, led by Hall of Fame linebacker Jeff Siemon, surrendered only 25 rushing yards and made five sacks. Hall of Fame coach John Ralston and the Pacific-8 Champion Cardinal finished the season with a 9-3 record and a No. 8 ranking after defeating Ohio State in the Rose Bowl. Hall of Fame coach Tommy Prothro and the Bruins finished with a 6-5 record.

The last team to spoil a Nebraska homecoming was Kansas State in 1968, but the Wildcats were 0-22 since. The 1991 battle pitted College Football Hall of Fame coach Tom Osborne of Nebraska against 2015 Hall of Fame inductee Bill Snyder of Kansas State. Kansas State quarterback Paul Watson had to endure eight sacks from a Nebraska defense led by linebacker Trev Alberts, also a 2015 Hall of Fame inductee. Watson found wide receiver Michael Smith for two first half touchdowns and ran in for a score in the third quarter to put Kansas State on top 31-24. Watson completed 28 of 46 passes for 340 yards, and Smith caught 10 passes for 172 yards. Cornhuskers back Derek Brown capped two long drives in the last seven minutes to regain the lead. The Huskers defense made a crucial goal-line stand in the dying moments, and escaped with their 23rd straight homecoming victory. Brown rushed for 145 yards on 28 carries with three scores. Nebraska was blanked by Miami in the Orange Bowl, falling to 9-2-1 and finishing No. 15 in the final AP Poll. Kansas State finished with a 7-4 record.

Rutgers ended Delaware’s 20-game win streak as tailback J.J. Jennings, a 1973 NFF National Scholar-Athlete and the nation’s leader in rushing yards (738) and scoring (86) at the time, gained 131 yards and scored a touchdown. With the game tied at 7-7, the Blue Hens marched down the field, but were intercepted by safety Tony Pawlik at the goal line for the first of his three interceptions. The other two halted threatening Delaware possessions at the Scarlet Knights’ nine-yard line and 20-yard line. Rutgers quarterback Gary Smolyn shone in the game, throwing for 105 yards on seven completions and scoring a touchdown through the air and on the ground. The Scarlet Knights finished 6-5 in 1973. The Blue Hens finished with an 8-4 record after losing to Grambling State in the first round of the NCAA Division II Football Championship.

Citadel hadn’t defeated South Carolina since 1950 and hadn’t won in Columbia, S.C., since 1919. The Gamecocks hadn’t lost to a Division I-AA opponent since 1982, so all signs pointed toward a Gamecock victory. Having not faced a wishbone offense since 1977, South Carolina struggled against the Bulldogs, allowing 396 yards of total offense. After The Citadel cut the lead to 35-31 on Howard Barnard‘s 37-yard field goal, Torrence Forney recovered the ensuing onside kick for the Bulldogs at the South Carolina 41-yard line. Quarterback Jack Douglas hooked up with Terrance Young on a 25-yard pass to the 16. Four plays later, Douglas scored from the one on fourth down with 22 seconds left to pull off the 38-35 upset. The Citadel and 1990 NFF National Scholar-Athlete Bill Phillips reached the Division I-AA Playoffs, but they fell to Georgia Southern in the first round to finish 7-5. The Gamecocks finished the season with a 6-5 record.

Until the final play of the game, the Arkansas Razorbacks had a chance to defeat the eventual 1960 National Champion Mississippi team. College Football Hall of Fame linebacker Wayne Harris was key to Arkansas’ defensive strength that held Ole Miss scoreless in the first half. The Razorbacks got on the board first in the second quarter when quarterback George McKinney threw a three-yard jump pass to end Jim Gaston. Late in the third quarter, Ole Miss quarterback and Hall of Famer Jake Gibbs tied it up with a 57-yard touchdown pass to end Ralph Smith. Ole Miss maintained the ball on the last drive of the game which began on their 25 yard line. The Rebels made it to the Hogs’ 18yard line after a key 10-yard pass from Gibbs to fullback James Anderson. With 25 seconds left to play, kicker Allen Green lined up for a 39-yard field goal for the win. Though his first kick was good, the whistle was blown because of the players’ inability to hear signals. His second kick hooked left, but referee Tommy Bell called the kick good. After the game, Razorbacks Hall of Fame coach Frank Broyles said of the kick, “everybody in the park knew it wasn’t good.” The Rebels completed their season 10-0-1 with No. 2 ranking in the final AP Poll after Hall of Fame coach John Vaught and his Rebels defeated Rice 14-6 in the Sugar Bowl. The SWC Champion Razorbacks, including Hall of Fame wide receiver Lance Alworth, completed their 1960 season ranked No. 7 in the final AP Poll with a record of 8-3 after a 7-6 loss to Duke in the Cotton Bowl.

Minnesota took a commanding lead over powerhouse Wisconsin and, despite a late rally by the Badgers, ultimately prevailed. Minnesota led 21-0 at half after a 39-yard rush by running back Chris Darkins and a touchdown following an interception and 55-yard return by defensive back Jeff Rosga. In the third quarter, Wisconsin tailback Brent Moss scored two touchdowns to bring the Badgers within one touchdown. Badgers’ quarterback Darrell Bevell, who threw for a school-record 423 yards and five touchdowns, lobbed his final touchdown throw to wide receiver J.C. Dawkins. Dawkins’ touchdown grab added to his career high nine receptions and 131 yards. The Gophers, including 1995 NFF National Scholar-Athlete Justin Conzemius, would complete their season with a record of 4-7. This loss would be the Badgers’ and Hall of Fame coach Barry Alvarez’s only one of the season, finishing 10-1-1, the winningest season in school history. Wisconsin defeated UCLA in the Rose Bowl and finished No. 6 in the final AP Poll.

Following two straight losses, SMU coach Ron Meyer benched longtime starting quarterback Mike Ford in favor of freshman Lance McIlhenny and opted for a ball-control heavy attack to showcase the “Pony Express” duo of Craig James and Eric Dickerson. James rushed for 143 yards, including a 53-yard scoring dash to take a 10-6 lead in the third quarter. The Mustangs’ defense also shone in the game as safety James Mobley returned an interception 22 yards for a touchdown. The Longhorns also turned the ball over on downs at the SMU three-yard line and threw a second interception later in the game. The upset victory was the first for the Mustangs in the series in 14 years and vaulted them back into the AP Poll. SMU finished with an 8-4 record and a No. 20 ranking after falling to BYU in the Holiday Bowl. Texas finished 7-5 after losing to North Carolina in the Bluebonnet Bowl.