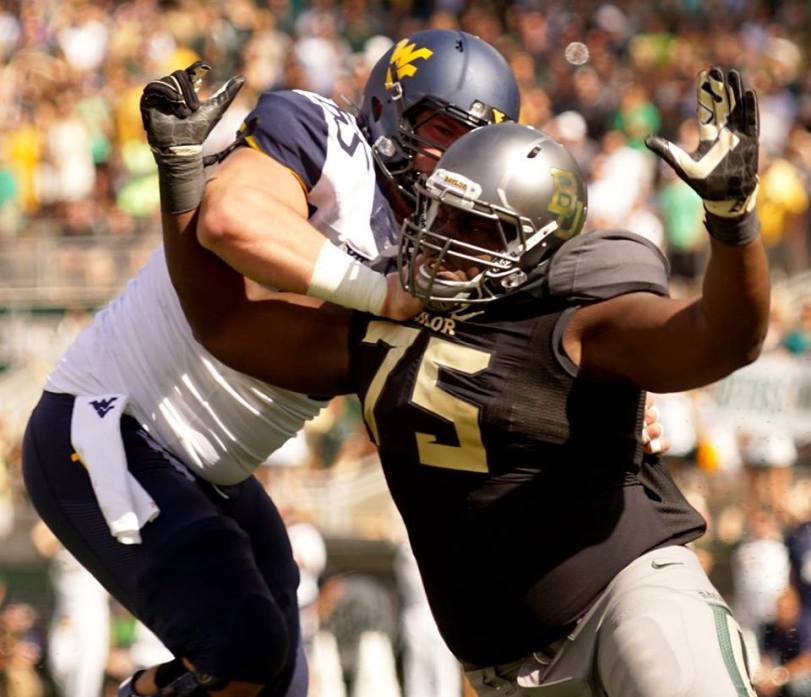 Baylor’s Andrew Billings seeks to get around a West Virginia offensive lineman during their game on Oct. 17, 2015, in Waco, Texas. (RoadTripSports photo by Chuck Cox)

At least for this day, Seth Russell might have been even better.

The junior quarterback was 20-of-33 for 380 yards and five touchdowns and rushed for a career-high 160 yards and another TD as the second-ranked Bears blew past West Virginia, 62-38, before a sellout crowd of 45,370 at McLane Stadium.