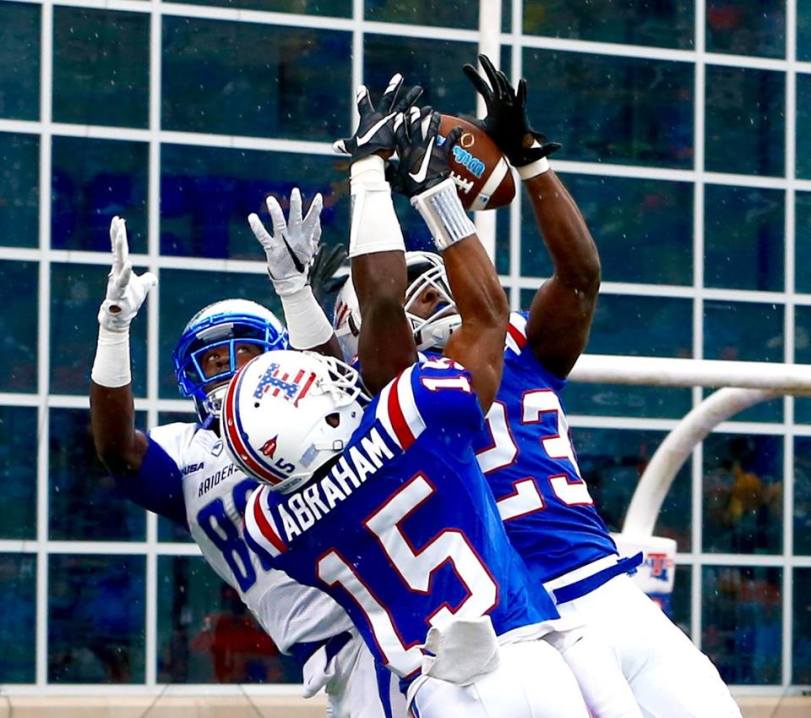 Louisiana Tech’s Kentrell Brice (23) and Bryson Abraham (15) defend a pass during their game with Middle Tennessee on Oct. 24, 2015. (RoadTripSports photo by Kendall Webb)

LA Tech rolled up 470 yards of total offense as Kenneth Dixon shined in his return from an ankle injury to rush for 66 yards and three touchdowns on 14 carries. He scored a fourth time on a touchdown reception from Jeff Driskel, and he surpassed the 4,000-yard mark in career rushing yards in what has been a prolific four years on the Ruston campus.