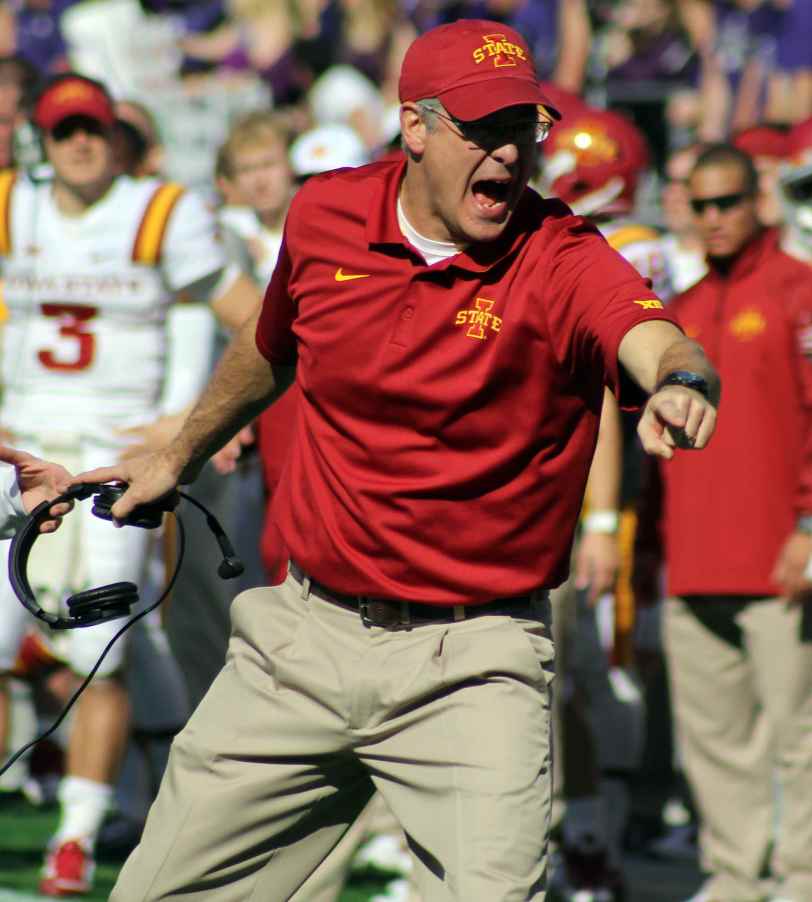 DALLAS (FWAA) – The Iowa State Cyclones set an early tone with a dominant first half, then the defense finished the job with its first shutout in two seasons, a 24-0 triumph over Texas. The Cyclones posted their first home win over the Longhorns in six tries, which also them the AutoNation National Team of the Week honor for games of the weekend of Oct. 24.

Iowa State’s defensive crush started in the first half, when it held Texas to just 98 total yards. The second half was just as dominant, as Texas crossed midfield only twice in the game and only gained 204 total yards, the third-lowest total for an ISU opponent in a Big 12 game. The shutout was Iowa State’s first since holding Kansas scoreless in a 34-0 win in 2013, as the Cyclones became the first unranked team to shut out Texas since 1961.

The Cyclones rolled up 223 yards in the first half while posted a 10-0 lead on a 10-yard scramble by Joel Lanning and a 28-yard field goal from Cole Netten on the final play before halftime. Mike Warren rushed for 157 yards on 32 carries and scored a touchdown, marking the third consecutive season that ISU has had a 100-yard rusher against Texas.

“We accomplished all the things that we felt we needed to beat Texas. We won the turnover margin, we stopped the run, we threw and ran against their pressure, we were fantastic in special teams, and we started fast,” Iowa State head coach Paul Rhoads said. “People questioned whether we could do that or not. Our confidence level will be up another notch with this.”

Other AutoNation National Team of the Week nominees for the weekend of Oct. 31 included:

• Florida (7-1): The Gators swarmed all over rival Georgia, forcing five turnovers in a 27-3 win in jackonville that put them one win away from clinching the Southeastern Conference East Division title. Florida opened a 20-0 first-half lead and staved off any hope of a comeback with three second-half interceptions. The Gators have already matched their win total from last season with at four regular-season games remaining.

• Miami (5-3): The Hurricanes became the latest team to win a game with a jaw-dropping special teams touchdown on the final play, as Corn Elder returned a kickoff 91 yards via eight laterals to stun Duke, 30-27 in Durham. The win gave interim head coach Larry Scott a win in his first game.