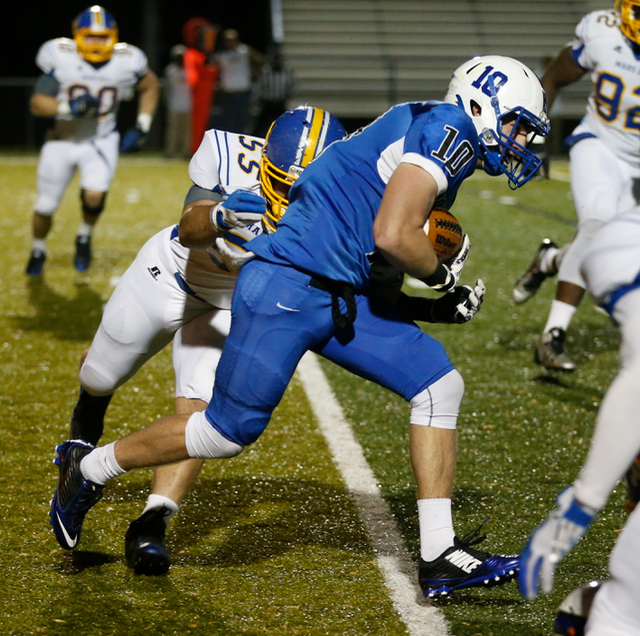 Brevard’s T.J. Lett runs with the football during the Tornadeoes’ game with Mars Hill on Nov. 14, 2015. (RoadTripSports photo by Kendall Webb)

BREVARD, N.C. – It was the last chance for Brevard to break into the win column in 2015. Unfortunately, it ultimately ended in loss No. 11 as the Tornadoes lost to the Mars Hill Lions 27-7.

It marked the second year in a row that Brevard finished winless against the NCAA portion of their schedule, and it underscores the school’s division to drop down to Division III by 2017 where they expect to be on a more even playing field. The Tornadoes won the 2014 finale against the College of Faith which is on the list of teams the NCAA ruled in the offseason won’t count as official opponents. You have to go back to November 9, 2013, when the Tornadoes beat Tusculum 52-33 to find their last win against an NCAA-approved opponent.