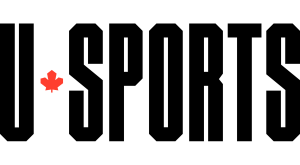 Today you’ll find an excerpt from our U Sports preview below, written by Matthew Postins:

“Taking Laval to win it all in 2019 means you have faith that head coach Glen Constantin can replace the turnover on this roster, and that could be easier said than done. QB Hugo Richard, the Vanier Cup MVP a year ago, is now with the CFL’s Montreal Alouettes.

The more difficult replacement will be for DE Mathieu Betts, who has been one of the top defensive players in U Sports the past four years. Betts was so good that he was able to bypass his first-round selection in the CFL Draft to sign a free-agent contract with the NFL’s Chicago Bears.

Laval has plenty of talent coming back, including East-West All-Star Game selections LB Adam Auclair, C Samuel Lefebvre and OT Ketel Asse. But lining up replacements for Richard and Betts are the program’s top priorities.

So, while a successful title defense is possible, there is an opening for several other U Sports teams to make a run at the Vanier Cup.”

Which teams can challenge the Rouge et Or this season? We outline them in the rest of the U Sports preview, along with previews of all four U Sports conferences and capsules for all 27 U Sports teams.