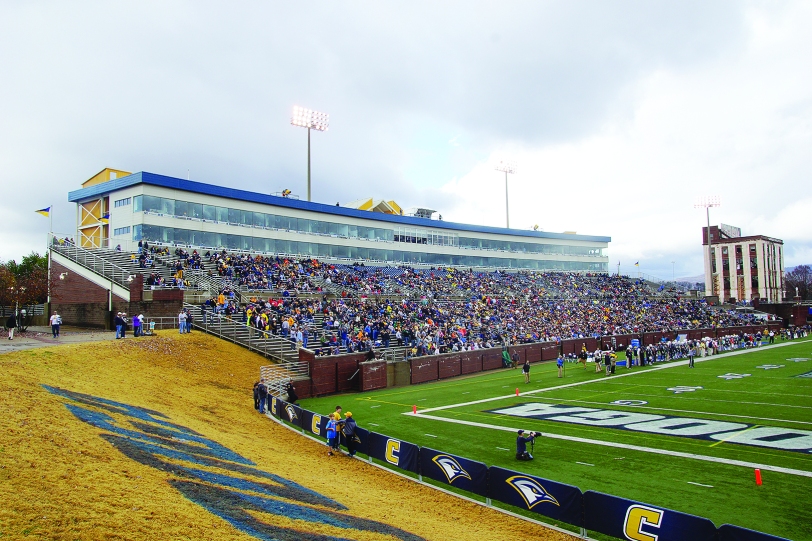 Finley Stadium is the home of Chattanooga football. It seats a little more than 20,000 and is owned by the City of Chattanooga. (RoadTripSports.com photo by Kendall Webb)

For the next several days we are providing excerpts from our FCS conference previews.

Today you’ll find an excerpt from our Southern Conference preview below, written by Matthew Postins:

Wofford, which won the title outright in 2017, had to share honors with East Tennessee and Furman in 2018. Wofford and ETSU each made the playoffs and reached the quarterfinals while Furman had to sit at home.

In fact, there really was no dominant team in the SoCon a year ago. Seven of the league’s nine teams were .500 or better in league play.

If Wofford, ETSU and Furman are the favorites, then the difference could be at quarterback. Why? Because all three have question marks.

Need more? Postins explores what those questions marks are and how they’ll influence the league race.

The Patriot League preview includes all 2018 results, all 2019 schedules, a Gameday Experience recap of Chattanooga and capsules on each league team.