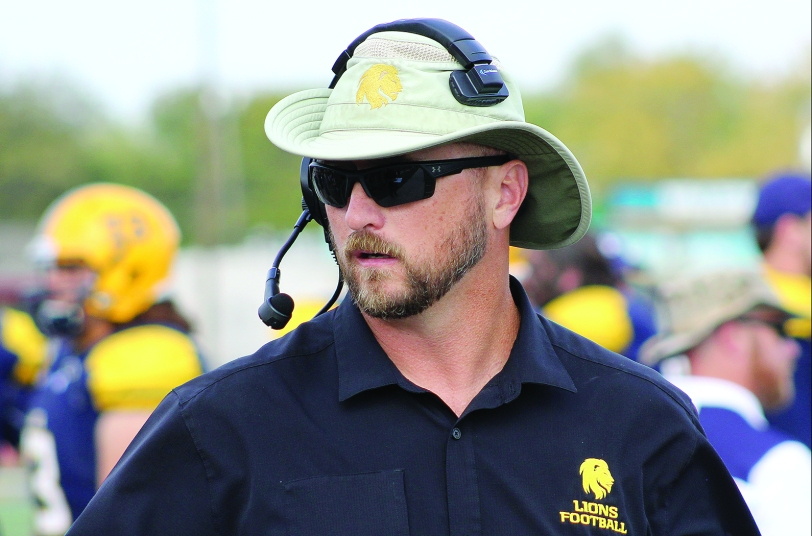 Colby Carthel takes over at Stephen F. Austin this season. Carthel was last at Texas A&M-Commerce, where he led the Lions to a 2017 Division II national championship. (RoadTripSports.com photo by Matthew Postins)

For the next several days we are providing excerpts from our FCS conference previews.

Today you’ll find an excerpt from our Southland Conference preview below, written by Chuck Cox:

The pair of Cardinals making the playoffs was about as likely as a royal flush on the flop in Texas Hold ’Em. Incarnate Word and Lamar combined for three overall wins and just two in conference the previous season.

Incarnate Word got the job done with first-year head coach Eric Morris. The Cards lost to Montana State in the first round of the playoffs, but they still finished with five more wins than the previous season.

Lamar dropped a 16-13 heartbreaker at Northern Iowa in its first postseason appearance, but second-year head coach Mike Schultz also guided his team to a five-win turnaround.

Need more? Cox explores how the script flipped last year and whether it might flip back to the status quo in 2019.

The Southland Conference preview includes all 2018 results, all 2019 schedules, a Gameday Experience recap of Nicholls State and capsules on each league team.