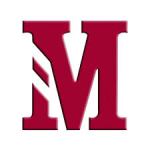 The 2019 College Football America Yearbook is available now! Click here to grab a copy at Amazon or BarnesandNoble.com. The Yearbook features Clemson quarterback Trevor Lawrence on the cover and includes every college football team in the country as a preview for the 2019 season.

Morningside (Iowa) begins the defense of their title on August 31 as they host St. Francis (Ill.). No. 10 Reinhardt (Ga.) starts the 2019 season early as they host Webber International (Fla.) on August 24, just a short three weeks away. There is only one Top 25 matchup during the first week of action as No. 9 Dickinson State (N.D.) host No. 23 Rocky Mountain (Mont.) on Thursday, August 29.