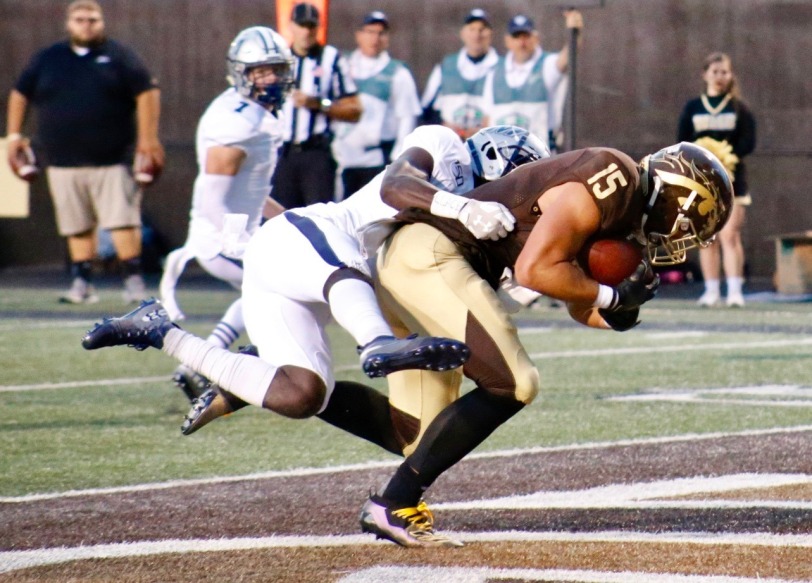 KALAMAZOO, MICHIGAN — The Western Michigan Broncos made quick work of their visitors from New Jersey Saturday night handing the Monmouth Hawks a 48-13 loss in the 2019 season opener for both teams.

Click here for the photo gallery for this game.

Click here to get the 2019 College Football America Yearbook at Amazon.com or BarnesandNoble.com.

The Broncos scored barely three and a half minutes into the game on a 3-yard punch by Levante Bellamy, and the points just kept on coming. By the end of the first quarter it was clear the game was in hand with the Broncos leading 21-0. Senior quarterback Jon Wassink has suffered season-ending injuries both of the last two seasons which limited his overall numbers. But he looked poised for a huge senior season after passing for 368 yards and five touchdowns. Giovanni Ricci was the beneficiary of two of those scores among his five total receptions for 97 yards.